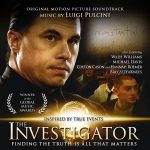 The album of “The Investigator – Original Motion Picture Soundtrack” has just been released!

It includes the score composed by Luigi Pulcini and four additional tracks, featured in the movie: “I’m a Tank” by Breeze2YaKnees, “Take Me In Your Arms” by Colton Cason and Hannah Roemer, “I Need You” by Michael Davis and “This is me”, by Wade Williams, who also stars in the movie as the title role, Sergeant James Buanacore. 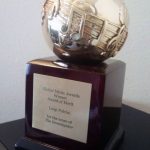 In November 2012, the score of “The Investigator” was awarded at the Global Music Award.

Check it out on CDBaby, iTunes, Amazon and more than 40 other digital music stores!