Red Carpet Premiere for “THE INVESTIGATOR” 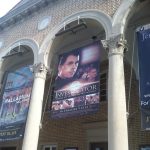 “The Investigator“, a movie written by Richard Romano, directed by Curtis Graham and produced by Nicole Abisinio, premiered on September 5th at the Palladium Theatre in St. Petersburgh, FL.

Inspired by true events, “The Investigator” is an inspiring and uplifting movie of an inner city detective who loses his job, his child, and his faith after a fatal shooting. His famous actor brother recommends him for a job as a criminal justice teacher and baseball coach at a Christian high school, leading him to an investigation that changes his and his students’ lives forever.

More than 400 people attended the 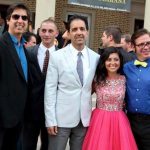 Red Carpet Premiere, including the writer Richard Romano and his brother Ray — popular for the TV Show “Everybody Loves Raymond” — whose lives are behind the events narrated in the movie.

The original score was composed by Luigi Pulcini and produced by Film Scoring Lab, inc.

You can find additional info in the facebook page of the movie: The Investigator Movie