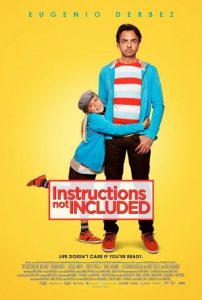 Carlo Siliotto has been nominated for an IFMCA AWARD 2013, for his score on “Instructions not included (No se aceptan devoluciones)”, within the category  Best Original Score for a Comedy Film.